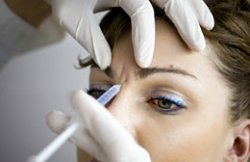 As far as aging is concerned, most women in their adulthood face these aging issues. Signs of aging like wrinkles, crow’s feet and neck bands started to appear. Because of this, most of our lovely women become alarmed and do think that their beauty will just vanish in an instant.

Well, this concern had already provided with necessary ah the actions. Through the modern way of medical procedures, the unwanted wrinkles can be cleared, the neck bands can be vanished and the crow’s feet can easily fade.

Yes! Botox is now available to serve those who are in great need. What is Botox? To answer this question, just continue reading this article.

Botox is the popular name for Botulinum toxin which is produced by a bacterium called Clostridium botulinum. Botulinum toxin is a protein that is considered as the most powerful and most beneficial neurotoxin. For now, Botox is being used for different medical procedures. 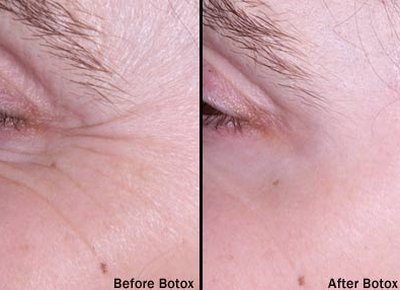 As a result of successful studies, researchers found out that Botox can give medical benefits for humans. It was during the end of 1990’s when Botox was accepted to be a part of the clinical procedures to aid illnesses such as strabismus which is commonly known as “lazy eye” and blepharospasm or “uncontrolled blinking”. Through the effective uses of Botox, scientists continued to study this protein and enable to associate the use of Botox in removing the wrinkles and other facial folds as signs of aging. Through the years of proving its worth, Botox has been accepted and approved as a treatment or cure for glabellar lines (frown lines on the area of eyebrows) by the FDA on April, 2002. With this, surgeons use Botox started to try it on other parts of the faces.

Aside from medical uses mentioned above, professional doctors use a small dose of Botox to treat the problems regarding underarm sweating and cervical dystonia. The so called cervical dystonia, for the information of everyone, is a dangerous neurological disorder that results in severe neck and shoulder contractions.

Anyone can undergo Botox medication aside from those who are pregnant, or if not, those who breastfeed and those who suffer from neurological disorders. Patients must also consult with a trusted doctor to give them a clearer view on what Botox can do.

Botox is injected in patient’s body making the muscles be paralyzed and the nerves being blocked. This Botox will prevent the muscles to contract by blocking the nerves as well as the signals for contraction. It is proven effective for removing the wrinkles because Botox makes a certain muscles to move or contract and therefore these muscles will not wrinkle.

Unlike any other plastic surgeries, Botox is injected directly without any anaesthesia given to the patient. It only takes few minutes to get Botox. With a needle, Botox is being injected into a particular muscle area and only gives a little pain and discomfort to the patient.

To see the full result of a Botox injection, the patient will wait for approximately three to seven days. It is advised that the patient will not drink alcohols for at least a week before the treatment. Also, medications must be stopped to reduce bruising; this must be done two weeks prior.

A successful injection of Botox will definitely last for at least four months and a maximum of six months. After this period, wrinkles are expected to appear again but not as severe as before since the muscles are relaxed through Botox.

Just like any others, the injection of Botox in the patient’s body can also have side effects. These side effects can just be treated easily or in the worst scenario, will cause a severe damage on the patient’s body. The commonly cited Botox side effects include muscle weakness, weary eyelids and difficulties in swallowing. Those are among the effects that can be easily treated. On the other hand, the complicated side effects of Botox can be the possibility for double vision, chest pain and speech problems. In these cases, the patient must consult the doctor for the necessary actions. 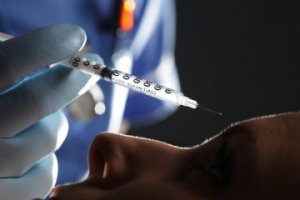 The side effects mentioned above can be prevented to happen if both the patient and the doctor take care of the procedures. The doctor must be well trained and has experiences regarding Botox injection. This is important since he will be the one who will conduct the procedure. The safety of the patient will always depend on his actions before, during and even after the Botox injection. On the other hand, the patient should also take the responsibility of following the instructions of the doctor especially before and after the injection of Botox. The patient will have the direct access to the body and therefore be the one who must know the present condition. It is important that both sides are open for each other’s concerns.