Clayton Holmes Aiken, known to the public as Clay Aiken, is a 35 years old American celebrity, most famous as a singer, songwriter and activist. Clay became famous in 2003 as a finalist in the second season of American Idol, and went on to have musical success with his multi-platinum recording debut Measure of a Man. Clay Aiken hasn’t exactly burst onto the scene recently, and Clay Aiken plastic surgery rumors aren’t exactly new either. In fact, speculation that Aiken may have enhanced his image with the help of a plastic surgeon has plagued him for a great part of his career. But as with most things, the Celebrity Apprentice contestant and activist didn’t shy away from the rumors and confirmed what every suspected – that he has in fact had plastic surgery.

Since then he enjoyed moderate success with his concert tours, a stint on Broadway, a best-selling book and frequent television appearances. Clay Aiken has also been known for his humanitarian and charitable work, and is now the Democratic candidate running for Congress in North Carolina’s 2nd congressional district. While being interviewed on television talk show “Watch What Happens Live”, in 2012, Aiken revealed candidly that “I had operative surgery on my jaw for a TMJ thing and I had them suck the fat out of my chin while they were in there”, not specifying, however, when this surgery took place or if anything else had been done in the past. 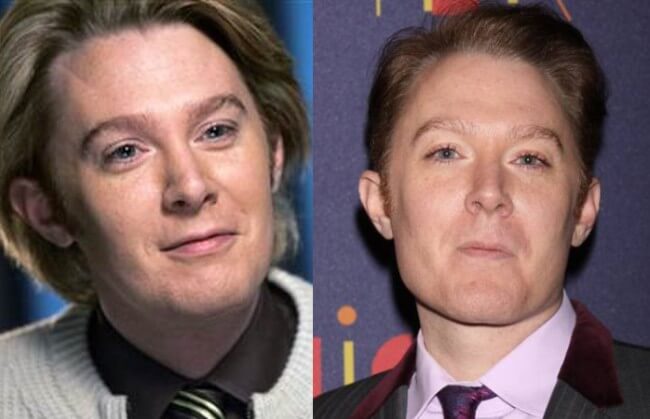 And although we all concede, even the media, that it was brave for the celebrity turned politician to admit to have tweaked his jaw through cosmetic procedures, Clay Aiken plastic surgery rumors go way beyond his admitted jaw enhancement.

At the time that he admitted to his chin and surgery, some media outlets pointed out that the singer may also have retouched his nose at the plastic surgeon’s hands, allegedly having straightened it through a rhinoplasty or nose job to complement his very flattering new rounded jaw line.

Other further changes have been pointed out to the star’s age-defying face, as his ability to maintain his pretty boy face fuel more plastic surgery speculation, namely that the celebrity main have had work done on his eye area, his cheeks and even his ears.

While it is possible that he has had Botox injections and cheek implants, some also point out that the smooth, almost plastic appearance of his face, which suggests the former, could be the result of heavy stage makeup, which Aiken is known to wear, and the fuller cheeks could be an illusion provoked by the rounder chin, or even simply a result on a weight gain, which is only natural to happen with aging.

The bottom line here is Clay Aiken’s plastic surgery history is very controversial. While most applaud his courage in admitting to the jaw and chin procedure, and agree that it suits him, many among the public comment negatively on the singer’s appearance, saying he looks weird, citing his other alleged, non-confirmed procedures, and calling him a “plastic surgery addict”.

However, the public’s negative opinions about Clay Aiken’s appearance don’t seem to affect his career in the same manner, both in his artistic and political endeavors, which suggests this doesn’t hinder their opinions about his abilities as a person, artist or politician.

Clay Aiken Before and After Plastic Surgery Photos