Kylie Kristen Jenner is the youngest sibling in the Kardashian-Jenner family, and one of Kim Kardashian’s sisters. The 16 years old beauty is mostly known for starring on the “Keeping Up With The Kardashians” reality show which follows the whole Kardashian clan, but she also works as a model, like her sisters. Kylie is also the co-author of science fiction book, along with her sister, Kendall Jenner . Although she is still quite young, her family’s fame has put the spotlight on Kylie from a very early age. At 16, she’s already modeling, and has also been linked romantically to fellow young stars such as Justin Bieber and Jayden Smith. It is thus natural that people start commenting on her appearance as she grows up and matures, and claims her place in the world of celebrities and as a role model for young people.

Perhaps because of her family’s reputation, in spite of her age, Kylie Jenner is already being plagued by plastic surgery rumors, especially as she and Kendall have adopted a more daring and glamorous style, in the last year or so. It may seem ridiculous for such a young girl to go ‘under the knife’, but Kylie Jenner plastic surgery rumors are quite popular online and in the media, so much so that they led the starlet to twitter tirades and several denials since they have started spreading.

The general opinion of those saying Kylie Jenner has had cosmetic surgery done is that the pouty teenager looks nothing like one would expect for her age. The cause for this seems to be, for the most part, her lips, which appear much fuller nowadays than they used to in older pictures. 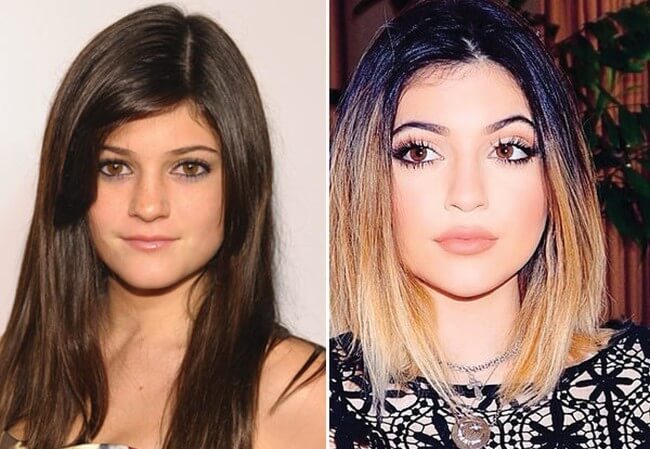 While the fuller appearance of the teenager’s pout could just be an optical illusion or the work of a great makeup artist, a selfie in which a suspicious blemish could be spotted on her lips suggested she may have gone for lip injections, and promptly fueled the Kylie plastic surgery rumor mill.

And although her rep has said of the rumors that “it’s ridiculous and it is not true”, one magazine goes even further into the Kylie Jenner plastic surgery speculation, with a specialist claiming, upon looking at before and after pictures, that Kylie not only had lip fillers, but she also had breast implants surgery for her 17th birthday and maybe her nose slimmed. 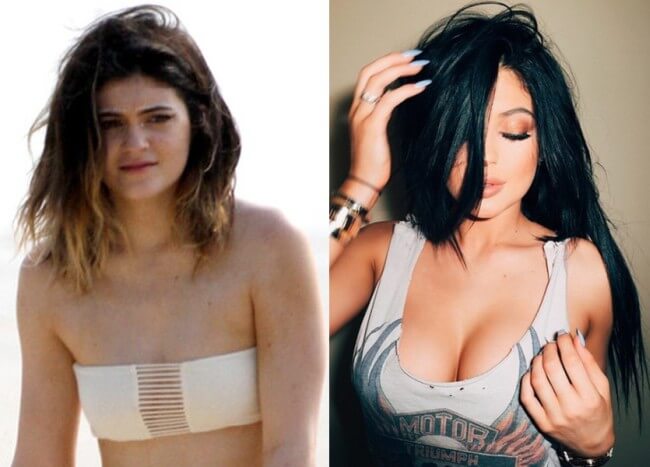 But the rumors don’t end there either, with the media claiming that Kylie envies her sister, Kendall, and is thus planning for more surgery when she turns 17, including having nose job, following the footsteps of her older sisters. 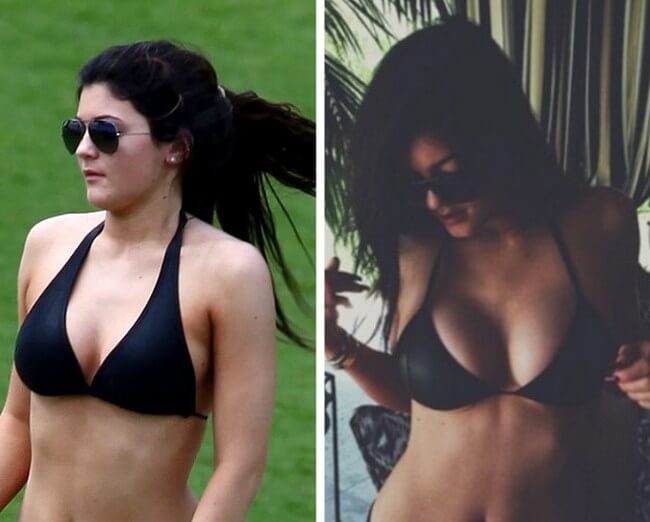 It is, however, hard to know what is real or not where Kylie Jenner plastic surgery rumors are concerned, as the teenager has denied the rumors herself, saying they ‘hurt her feelings’ and ‘are insulting’, reminding her social media followers that she is just 16 years old. But while one would be inclined to believe such a young girl would shy away from cosmetic surgery, it also hard to deny she is an unnaturally gorgeous teenager.